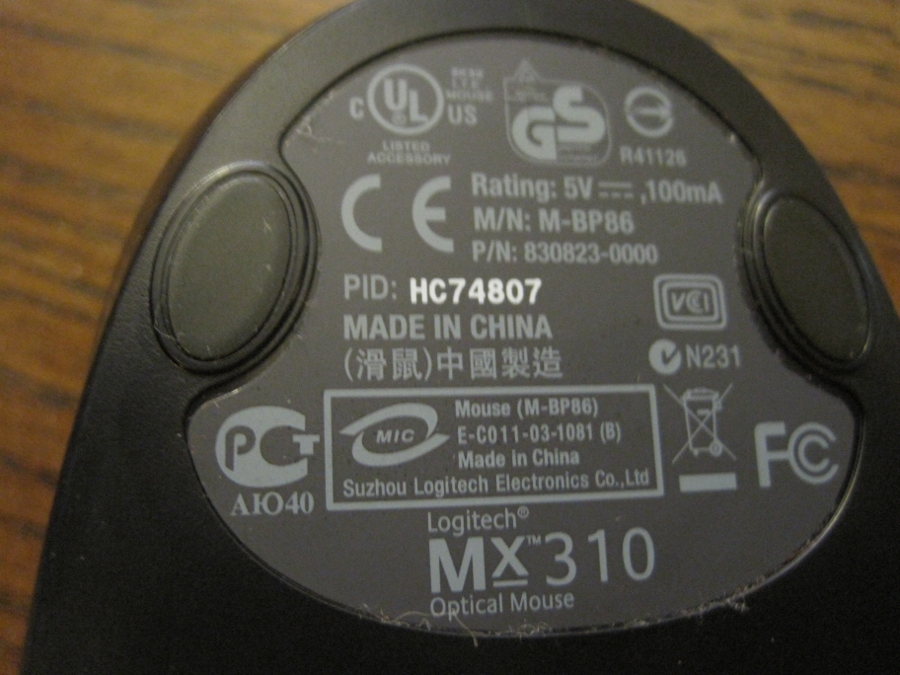 The Logitech MX310 is, without any semblance of doubt, the best mouse I’ve ever used.

I’ve always had a problem finding mice I like. I think I have larger than average hands or something, since my most frequent problem with mice is that they have too small a surface area. If the body of the mouse is too small, what ends up happening is that the buttons are too close to where my palm would naturally rest, so I end up having to bend my knuckles at an unnaturally sharp angle, which is uncomfortable. I use my index finger for the left button and my middle finger for the right button, so the knuckles on these two fingers should only have to bend slightly to operate the buttons. The index and middle fingers should be almost straight. Ideally, if you ask me, the buttons on a mouse should be situated so that your knuckles bend at a very gentle 150 degree angle or so.

The Logitech MX310 is long enough so that this is exactly what happens naturally to my hands. It’s also got an attractive color scheme and six configurable buttons: standard right and left, one on the right side, one on the left side, one just below the scroll wheel and finally, the scroll wheel itself, which serves as a button. 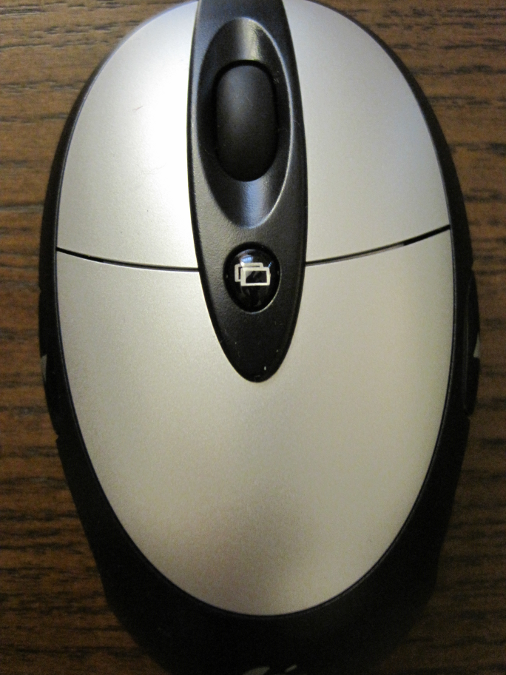 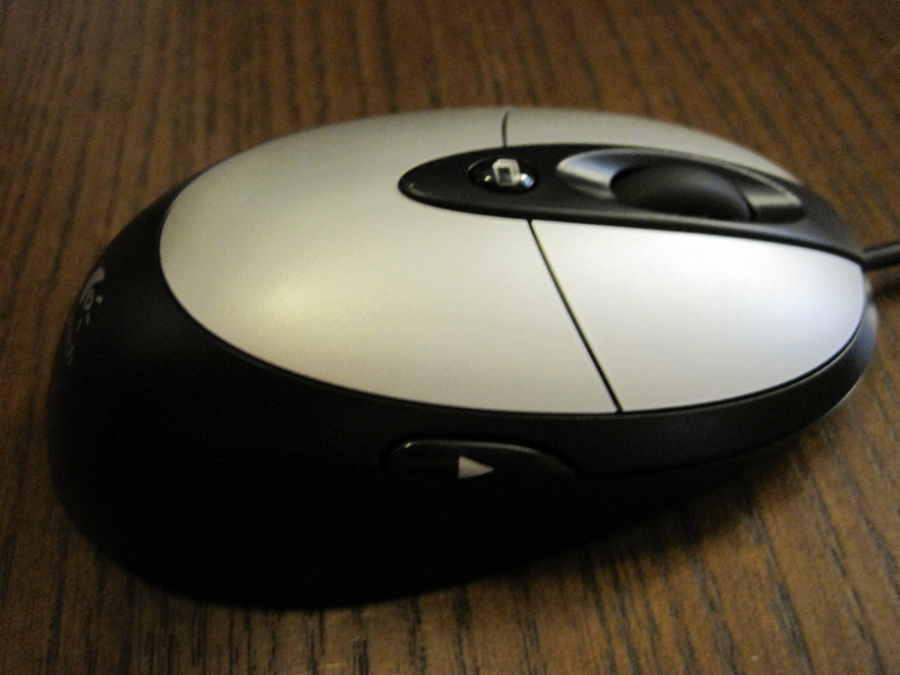 I’m fairly certain that the mouse is no longer being manufactured. When it was still in production though, I believe it was marketed as a “gaming mouse”. The type of gaming I do on the computer doesn’t require a fancy mouse, so I don’t actually care all that much about the configurable buttons or how its precision will help me to get a headshot. No, what I like most about it is its weight. There’s just the right amount of resistance when you move it around. It has a very smooth feel when used with a mousepad. I’ve never used another mouse with such a satisfying degree of inertia.

How did I discover this unsurpassed mouse? By accident, of course. Prior to my discovery of the MX310, I had been using Dell 0D1161 mice. You know, these office surplus ones: 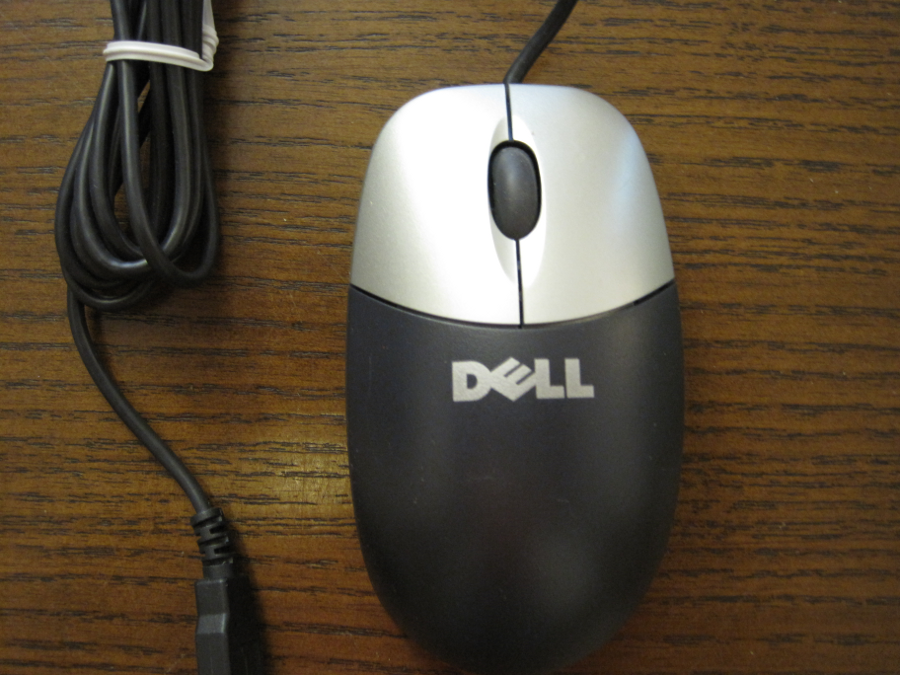 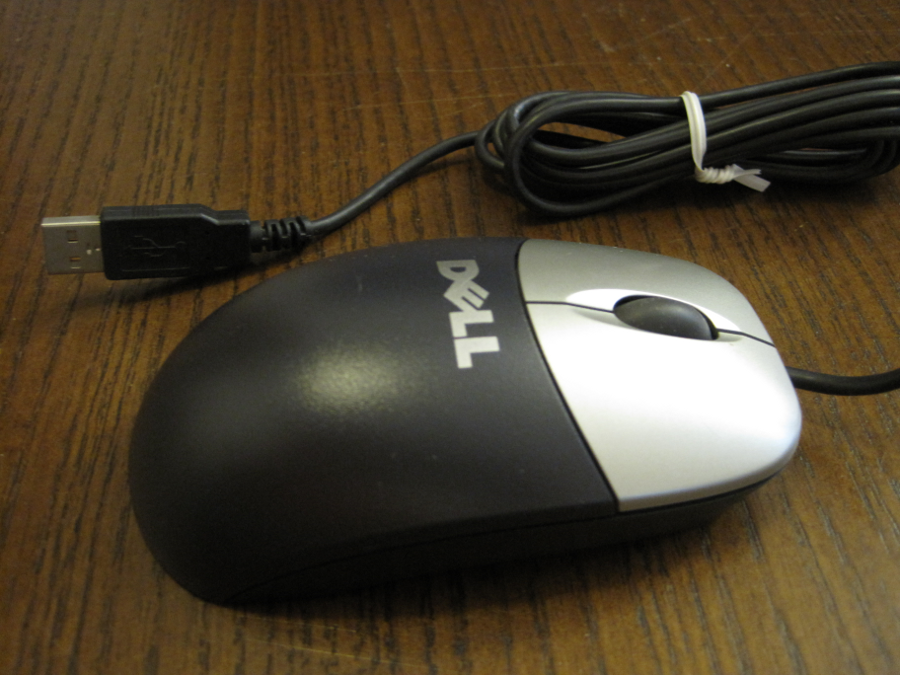 Despite their ubiquity, these are pretty good mice. As I said, I don’t actually care about the six buttons on the MX310 — that’s not why I love it so much — so the fact that there are only three buttons on the Dell mice doesn’t bother me. These Dell mice match the MX310 in every respect except for weight. The Dell mice are not too light, but, ideally, they should be slightly heavier. The MX310 is a bit heavier than the Dell mice and, in my opinion, the perfect weight.

Those Dell mice stop working after a relatively short while. I suppose they’re not really made to last. I’ve gone through four of them in as many years. I buy them on eBay several at a time. One day, when another mouse broke and I was down to my last spare, I placed an order for three more of those Dell mice so that I would have them in stockpile, ready to be swapped into service as soon as needed. When the package arrived, instead of three 0D1161 mice (or whatever they’re actually called) I found a single Logitech MX310. I contacted the seller, who acknowledged his mistake and immediately sent out the three correct mice that I had ordered. He told me not to bother sending him back the MX310. That was a fateful bit of apathy on his part, because if it weren’t for that eBay seller, I never would have had an opportunity to use the MX310.

Even once the three 0D1161 mice arrived I didn’t put them into service; I used the MX310 until it stopped working properly. After some time it would intermittently stop responding. Eventually it got to the point where I’d have to unplug it and then reconnect it every minute or so. In other words, it became unusable, as inevitably happens with mice. I didn’t get rid of it though; I just dumped it in my huge box of broken electronics and computer components that, for various reasons, I hadn’t yet disposed of properly.

Since then, I’ve been using those three 0D1161 mice. That is, until a week or two ago when the last one of them that remained stopped working. Since I needed a replacement, I decided that I would try to replace the beloved MX310. I bought one cheaply on eBay for USD20, compared to the USD40 to 50, which was the price on Amazon and other online stores at the time.

Ironically, shortly after it arrived I found this article about how to easily replace the USB cable in an MX310. I followed it and fixed the first MX310 that had been sitting around broken for at least a few years. Now I’ve got two and I couldn’t be happier.