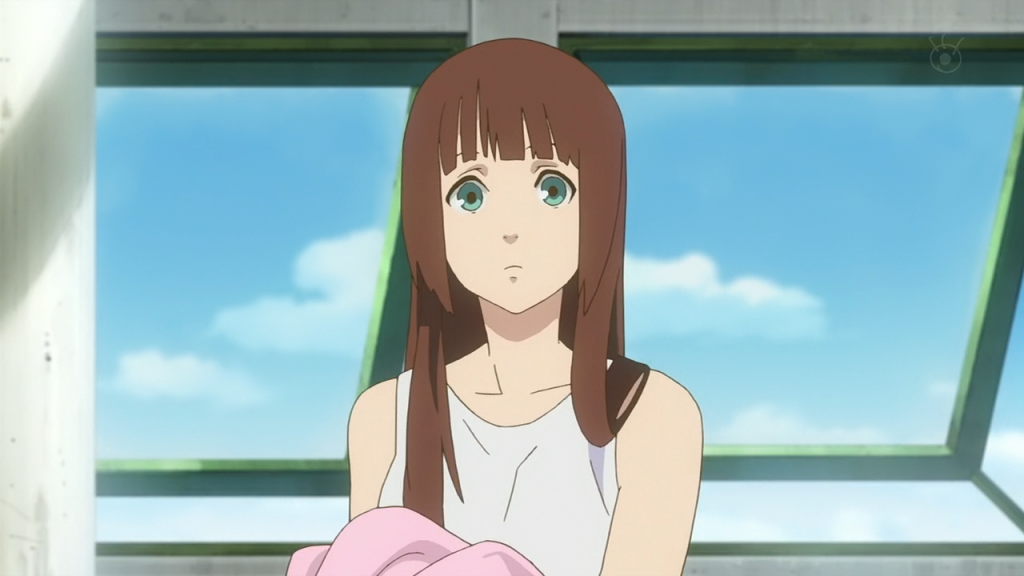 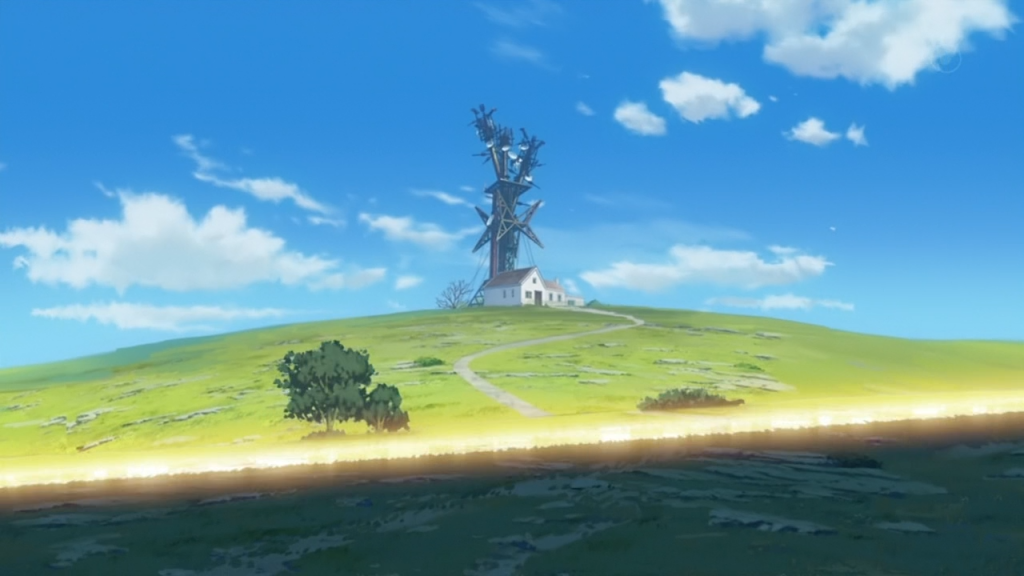 But that would be unfair, I suppose. But c’mon, noitamina had Ayakashi, Mononoke, Moyashimon, Kuuchuu Buranko, Tokyo Magnitude 8.0, Eden of the East, Yojouhan Shinwa Taikei, and Kuragehime. That’s a good track record of shows I’ve enjoyed. Other noitamina shows may have been great, but I haven’t seen them, so I can’t comment. That means, however, that I’ve never disliked a noitamina show (although I’ve enjoyed certain of the above shows quite a bit more than others)

I’m not going to go ahead and write extensively about what I liked about these shows, since I’m not introspective or smart enough to pinpoint why I like what I like, but Hourou Musuko and Fractale are probably my favourite shows this season. Mahou Shoujo Madoka Magika or whatever it’s called is also looking pretty good and has succeeded in keeping my attention for the first two episodes with its bizarre artwork and cutesy magical girl protagonist, but outside of that, the only other show that I haven’t dropped yet is Oniichan no Koto Nanka Zenzen Suki Janain Dakara ne, but I may drop it anyway, since I haven’t seen the second episode yet. The first one didn’t have much of any newness to add to the wincest paradigm and barely kept my interest. Everything else is rubbish/boring like Infinite Stratos and Beelzebub or has value only as fap anime, such as 95% of Freezing. If it’s not in either one of those categories, then I either haven’t seen it yet or I concluded it was garbage and dropped it before even watching a single episode.

I may drop Level E and Dragon Crisis, but I will at least wait until I watch the second episodes of these series. Level E had a couple good laughs though, at least.

But everything about Hourou Musuko seemed nice. Cute, meek protagonist, cute shota friend of protagonist with best teddy bear evar, beautiful watercolorish artwork, great character designs and voice acting as well as remarkably fluid animation that makes the viewer feel like he or she is watching real people move about, rather than cartoon characters on a screen. All wonderful. Very gentle treatment of the subject matter, which I can’t really comment on seeing as I don’t read manga or light novels, so I’m experiencing this story for the first time.

Again bearing in mind that I choose which anime to watch based on how much I like the image on the AniDB page for the show, rather than on any knowledge of content matter, all I knew about the show before watching it was that it took place in some kind of futuristic setting. I certainly didn’t think it would take place back in the Old Country! The protagonist, despite his smart lederhosen-inspired getup, lives in what the viewer must be meant to take for none other than the hilly landscapes of Éire.

After establishing that we’re in rural Ireland, the protagonist, Clain, sets off on his bicycle to go to some kind of yard sale, accompanied by his best friend, who appears to be a bottle of Coca-Cola.

There’s a lot to like here, such as Clain’s parents who look like they came right out of that Catherine video game,

And AIRSHIPS! Anything that reminds me of Skies of Arcadia or Final Fantasy IX gets bonus points on my scorecard:

Finally, to put the icing on the metaphorical cake, the final element in the winning combination that is Fractale: rubbing a medicinal salve on a mysterious bishoujo’s back who fell from the sky whilst riding a flying machine,

The credit ending sequence gives us another glimpse of that beautiful Irish scenery:

I don’t want to speak too soon, since for all I know the remaining episodes may consist of Vanna White and Fabio as Lear and Cordelia, respectively, but these are the types of shows which, were they to see BD release, would certainly end up on my shelf if I also won the lottery beforehand. It’s not that I don’t have respect for IP; it’s that I only have respect for IP that I like.