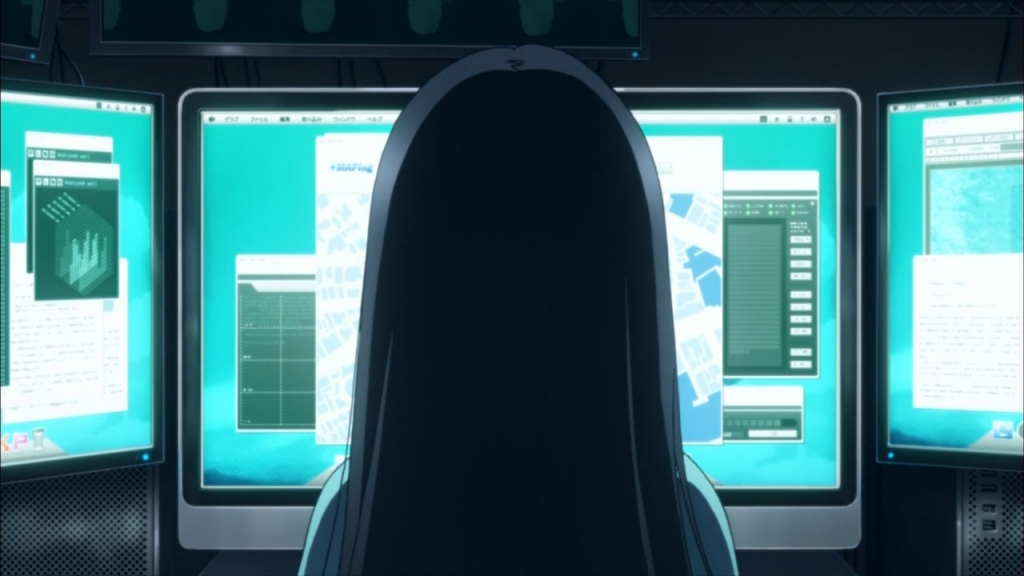 But first some background information.

I acquired an iMac G5 this week for no cost. It’s got a 1.6 GHz PPC processor and it came with 512MB of PC3200 DDR RAM. At some point a year or more ago I was successfully running OS X Leopard on my AMD-based PC with an A8N5X motherboard. The HDD in that machine which had OS X on it failed and I never bothered reinstalling it, since it was so much trouble getting it working in the first place. As a result, I had nothing running OS X at all except for my G4 iBook and G4 snowball iMac, neither of which are the most practical of devices to use. In other words, I was very happy to have a machine that could run OS X that, though undeniably dated, is still useful. 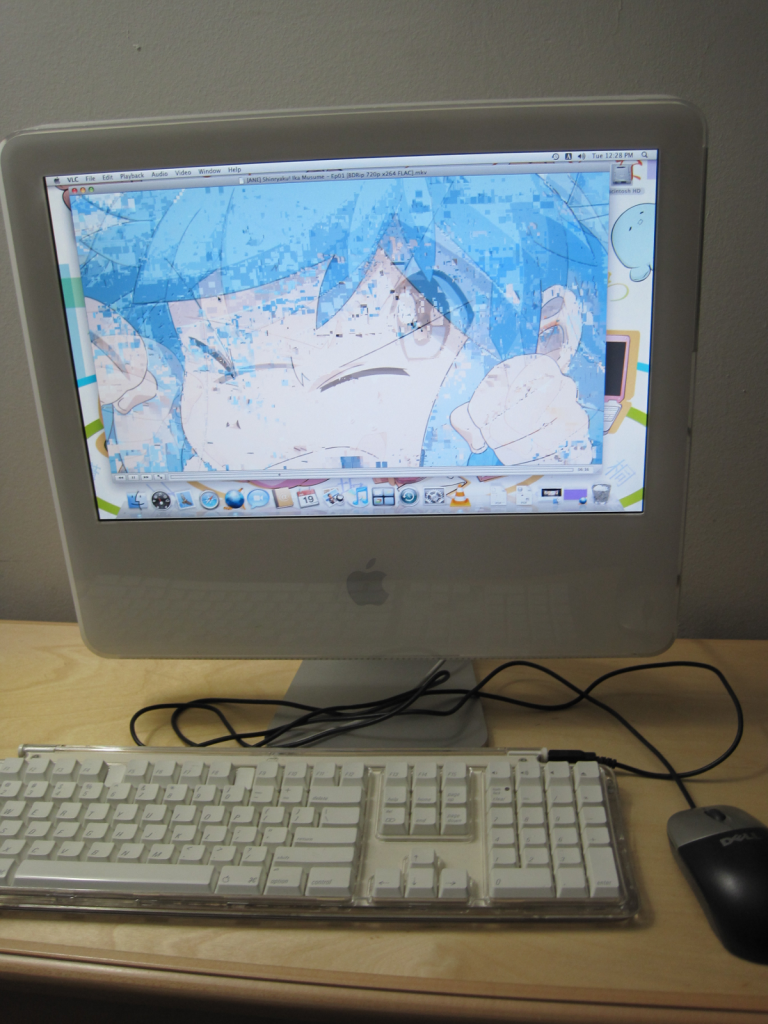 I wish I had a Mighty Mouse to go with it

I looked around on search engines and found a PDF of the instruction manual. It says that this computer takes PC3200 DDR RAM, that it has 2 memory bays and, the best news contained in the manual, that it’s expandable up to 2GB. I said to myself, “I have all these computer parts lying about. I simply must have some unused PC3200 RAM that I can put into this G5″.

Unfortunately, I looked through all the Dell Optiplexes and similar that I have in my closet, and Yune, who I also keep in there, popped out and informed me that the closest thing I have are two 512 MB PC2700 modules. “2700 and 3200 are close enough to each other, right? That’s only a difference of 500”. Such thoughts drifted through my unsophisticated mind. I looked around on some more search engines to see if I could find out if this PC2700 RAM would work in the G5. I found mixed answers online so I decided to give it a try. In so doing I found out that it’s very easy to open these iMacs and you can’t lose the screws that hold the white outer shell together since they’re not actually completely removable. The RAM works fine. I tried putting in two sticks of 512MB PC2700 and it worked. It also worked when I mixed the 512MB PC3200 module with one 512MB PC2700 module. I did go ahead and buy some PC3200 since I feel odd about using the wrong type of RAM indefinitely, but it’s been working fine like this with one module of each type for two days.

The point of all that is to emphasize that my results are not at all scientific since I neither made actual measurements nor am I even using the type of RAM meant to be installed in this computer. With two PC3200 modules I would assume things would go 500 mystery units faster than they’re going right now.

So after installing Leopard on the machine and updating to 10.5.8 I went ahead and downloaded Mplayer OS X Extended, which is the media player I always use on OS X. I used it on my A8N5X setup and watched lots of 720p videos with it.

The conventional wisdom seems to be to use ffdshow-tryouts on Windows and mplayer on *nix and OS X. That’s fine by me. I’ve used xine and gstreamer on *nix but since I’m stupid and don’t like to read instructions I failed to figure out how to configure them to do what I wanted and ended up in a pattern according to which I always use mplayer frontends on *nix. So that’s more or less why I also use Mplayer OS X Extended on the rare occasions when I have a chance to play around in Mac OS X.

But when I tried using it on this G5 I was a little bit disappointed by the results. I first tried playing SD H.264 videos and had bad results in which the audio would play just fine but the video was decoded so slowly that it’d get stuck on a single frame for over 30 seconds at a time, while the audio, meanwhile, chugged away smoothly, ignoring the dilly-dallying video.

I checked the option in the Preferences menu to drop however the hell many frames are necessary but it still was no use; the playback was so slow it was unwatchable. Not that it’s surprising, but I got the same results with 720p material as well.

So I installed Perian and tried watching some SD material in Quicktime. I had similarly bad results. It would drop frames like crazy. It dropped frames to the extent that I would sometimes stop and wonder if it was even playing at all, seeming as it did that it had frozen on one frame. But sure enough, it was playing, just ridiculously slowly.

I was going to give up and conclude that this computer would be useful for word processing, web browsing and email and not much else when I remembered that troglodytes like me who cannot be bothered to properly configure things are often recommended VLC.

Ordinarily, I would not use VLC unless I had a video encoded with an extremely arcane codec that I could not play in any other player. I also use it sometimes to make Firewire video captures from my STB, because, unlike CAPDVHS, you can set it to play the material while it records. I wouldn’t actually watch a completed recording with it though. But I tried VLC on the G5 here and not only did it play my SD H.264 files perfectly, it surprised me and also played 720p material almost perfectly even with some really fancy karaoke (at least 3 lines of stylised karaoke: Japanese, romaji, and translated English lyrics). Artifacts like in the above image only actually occurred two or three times per 24-minute episode and even so, only for a second or two each time. The audio sync is also perfect, as far as I can tell. The video doesn’t look jerky either, which would have been an indication that at least some frames were being dropped to maintain speed. 720p plays with VLC on this G5 almost as well as it plays on my Phenom X4 9950 2.6GHz system with MPC-HC. It’s more than completely watchable.

I’m conflicted though. Cool people aren’t supposed to use VLC to actually watch videos. At least, that’s the impression I get. Maybe if I were more patient and willing to actually read documentation I could get Mplayer OS X Extended to play 720p or merely 480p as well as VLC does. It’s just that VLC accomplished all of this out of the box without any configuration by me at all. Like I always say, I suppose I should just enjoy this without complaining, but as usual when something nice happens, I’ve found something to be unsettled about in this otherwise fortuitous turn of events.