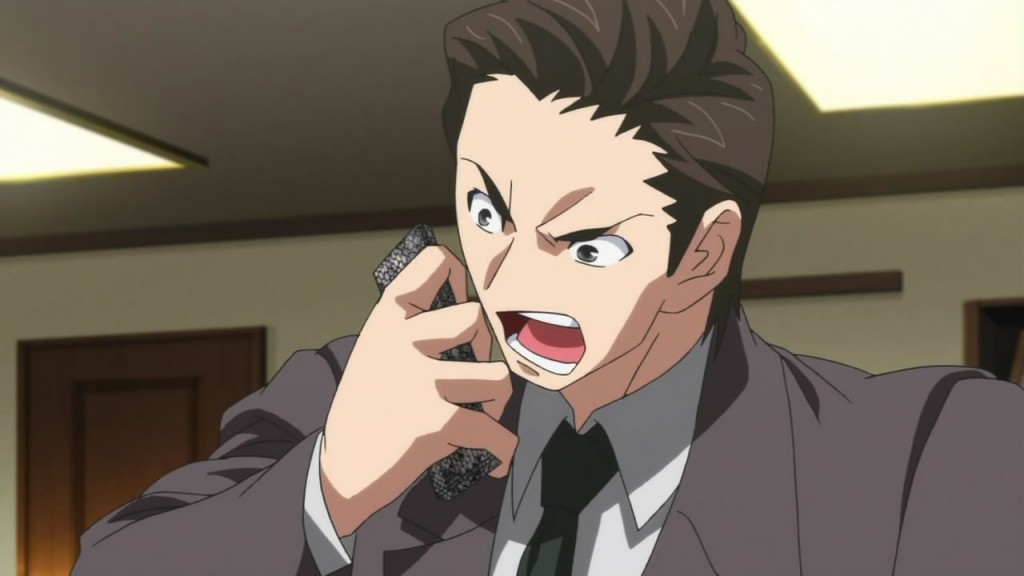 Speak up, you idiot. Don't you know I'm sitting in the middle of a lecture hall!? 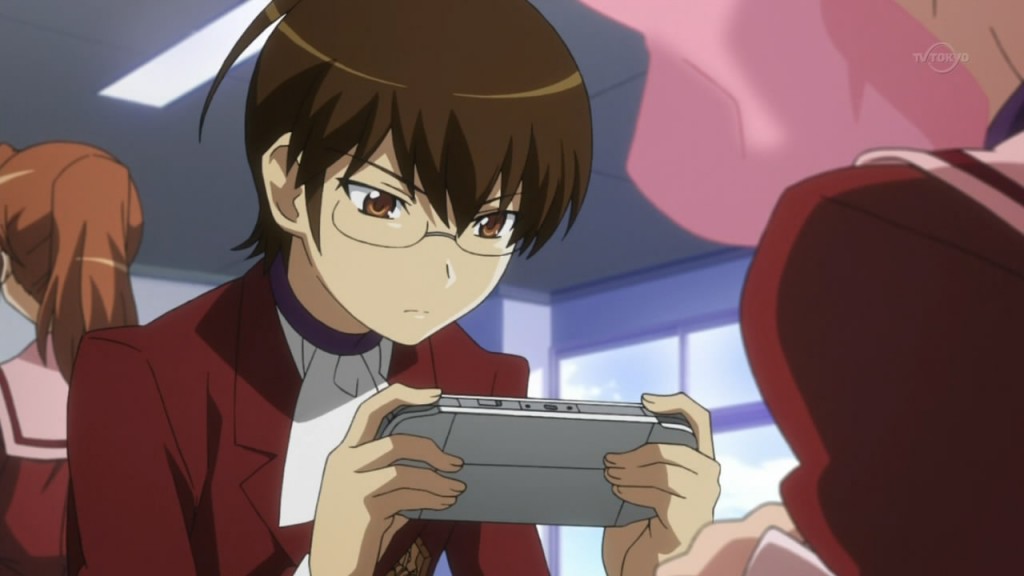 These slouches are getting worse by the day.

I keep forgetting halfway through class to keep counting. I had to trash the results from several days since they were incomplete.

I do want to make clear though that I don't exactly object to the idea of slacking off in class on any ethical grounds; what I object to is the blatant scorn for the teacher and minority of students who are actively trying to enjoy the class that slacking off in so blatant a fashion as using a PSP, DS, or mobile phone reveals. It's like regifting. We all regift, but we don't tell the recipient when we do it.

Having said that, I, of course, am not one of those people actively trying to enjoy the lesson. I let my mind wander from academic matters all the time in class. But in any given class there’s bound to be at least one person who enrolled, not because he or she thought it would require a minimum of effort (the primary criterion by which I determine which classes to join), but because he or she actually thought it seemed interesting. Those are the people I feel bad for. Not myself.

Nonetheless, I slack off just as much as the next guy. What makes me better and more ethical than the rest of you louses, however, is that you can’t tell when I’m slacking off. I play mental games during class like counting backwards from 1000 by threes, counting how many people are using mobile phones, doing rough estimates of how much SP I’d need to fully farm a pure STR glaive character with maximum grasswalk, fire imbue, and heuksal skills, imagining Christina Hendricks as a catgirl chambermaid with glasses, smirking while thinking about the fact that I have a symmetrical 35Mbps connection, picking at my cuticles, trying to write kanji I’m on the verge of forgetting over and over using my finger on the desk, cracking my neck, thinking about rDNS, trying to mentally paint pictures of various national flags, trying to remember all the U.S. presidents, trying to name all 50 U.S. states, trying to name every province of China and its capital, trying to hide my bleeding cuticles, naming every Japanese prefecture from north to south, trying to name every country in a continent of my choosing, drawing a mental map of the trade winds or tectonic plates, thinking about what’s on TV tonight, and looking at my digital watch, Benoit Garibaldi, exactly when the minute changes and then attempting to count precisely 60 seconds before looking at him again. I can do all of these things relatively discretely. You cannot play with a mobile phone without it being visible. The key to slacking off while still appearing like an earnest sort of person is to enjoy yourself primarily by using the vivid imagination you’ve developed by playing Magic: The Gathering, Angband, and reading R.L. Stine books when you were a kid. 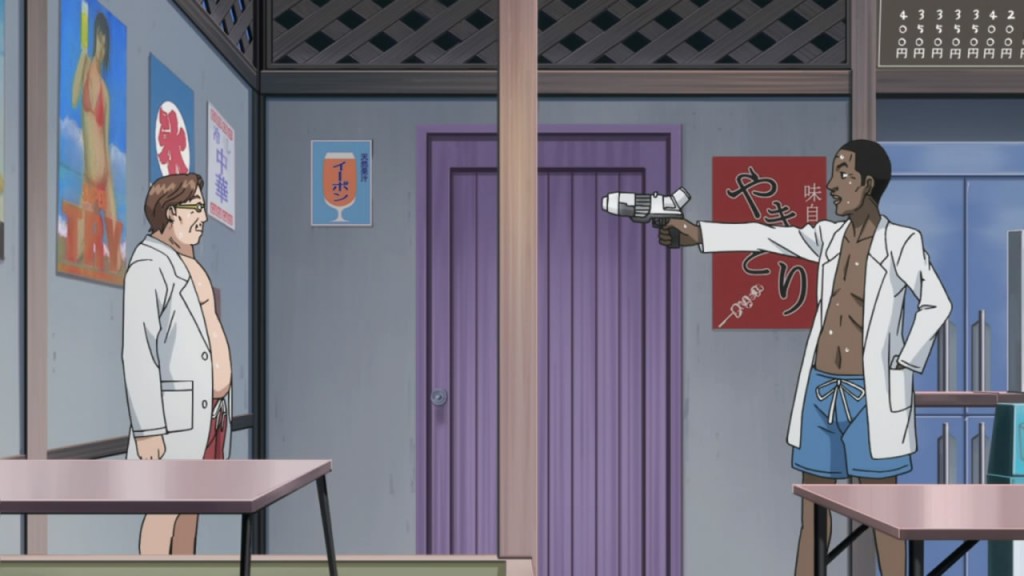 I’m conducting a sociological experiment. On days when I remember, I’m going to count how many students in my class use mobile phones, portable game consoles, multimedia players, and other handheld gadgets during class. I’ll do it in only one class per day and not necessarily the same one. I’ll try as much as possible to do it in the same class each day but if I forget to do it one class I’ll do it in the next instead. My hypothesis is that, though young people today are, in general, uncouth, barely literate brutes unfit for middle school, let alone higher education, female students are more disruptive during class, at least, than male students.

The experiment will not, admittedly, be very scientific because I will, of course, be paying attention to the content of the class as well as looking out for slackoff behaviours. This means it’s almost inevitable that some students will whip out an iPod or PSP or something and it’ll slip under my radar. I expect this to happen. Whatever my results are, the reader should realise that the actual figures are probably much worse. It’s also not always possible for me to see everyone in the room from the seat I’m in. I try to sit near the back in the centre of my classes so that I can see everyone but there will surely be times when I won’t have a good view and will fail to spot offenders because of it. There’s also the fact that I don’t want to look like an insane person, so I’m not going to go nuts looking around the room like a psychoneurotic squirrel.

I speculate that if there were simply a sign at the entrance to the school that asked people to turn off cell phones and other electronic devices before entering most people would comply. It works for the most part in movie theatres.

I’m not counting kids with laptops or netbooks as offenders because it’s possible to use those things to type notes even though this is actually not allowed at my school for some backwards reason. I’m giving them more than the benefit of the doubt here since most students I see with laptops are playing computer games or otherwise goofing off.

The classes are all an equal length — 75 minutes — and are both supposed to be the same size. I’m not going to try to count how many students are actually present in the class though. The only calculation I’ll attempt to make is the percentage of students who used one of these devices at least once during class. To calculate this I’ll just assume nobody is absent and all 50 students are in the class. The fact is, however, that there are actually something like 20 students absent almost every single day. There are only about 30 chairs in the classrooms and there are usually one or two empty seats left over, so the reader should, by all means, assume that the percentages are much higher. I’ll also do an “adjusted” percentage of students present who are offenders based on the assumption that there are 30 students present every day. Obviously, this is not always going to be accurate.

I read somewhere that the students in my school are about 60% female and 40% male, which I suppose is its legacy as a former all-women normal school. This means there will be a tendency no matter what towards female students having a greater number of offences. I predict, however, that the unequal distribution of offences between the sexes will outweigh the bias introduced from the unequal distribution of sexes among the student population.

Because so many students begin using these devices as soon as class begins, I will be noting how many students who do use electronic devices begin their usage within the first five minutes of class as measured by my trusty wristwatch sidekick, Benoit Garibaldi. Since some students use these gadgets for nearly the entire duration of the class, whereas others only use them intermittently, it would be nice if I were able to measure the duration of usage for electronic devices, but I don’t think I could divert from the content of the classes the amount of attention required to record that information. Then I’d be just as guilty as the boors I’m observing. Yes, I’m not a particularly objective observer.