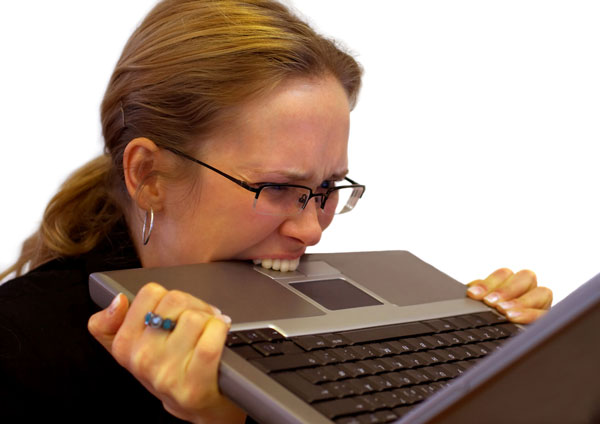 So I’m living elsewhere temporarily while my apartment is being demolished. I’ll be here until it’s rebuilt. Who knows when that’ll be. But that’s not the point. The point is that I have Time Warner Cable here and I’ve had the chance to use Road Runner for an extended period of time now. I’ve used Road Runner at friends’ homes several times in the past and had opportunities to do speed tests and the like, but I’ve never had the chance to use it on my own terms, with my own computers and home network equipment. I’m very upset at somebody — I know not whom — about a grievous oversight in the instruction manual for the DOCSIS 3.0 modem/router TWC gave me. The trouble is that I don’t know who to blame. It’s an Arris TG862G. Frankly, I had never even heard of Arris before they gave me this thing. The installer, who mentioned, by the way, that he has FiOS at home, said that the device is both a modem and a router, but that TWC doesn’t let customers change the SSID or the passphrase on the network, so if a customer wants to change that information, he or she must use his or her own router. I didn’t really care, since I do have my own router and I figured I’d just have to live with a suboptimal home network split on two different subnets (192.168.0.xxx on the Arris router and 192.168.1.xxx on my router). I didn’t think I was able to have TWC put the Arris in bridge mode since the TWC connection is on the account of the owner of the place in which I’m living (though nobody else will be using the connection). I figured I’d either do the 2 subnet thing or I’d simply use my own router as a switch and actually use the Arris router as a router. I figured I’d decide once I logged into the web configuration pages on the Arris and saw what features it had. If they compared favorably with my own router I’d just go ahead and use the Arris and use my own router as a switch (I have a real 24-port switch, but it, along with most of my stuff, is in storage until the apartment is fixed)

Anyway, the reason I’m angry is because either Arris wrote bad instructions or TWC made a slightly modified firmware for the Arris modem with an annoying feature. The manual says you can access the web GUI at 192.168.0.1, which of course is similar to most routers. I connected my computer directly to the Arris via Ethernet cable with nothing else connected to the modem but the coax cable and the AC adapter. I set my computer to get an IP address automatically to rule out the possibility that some pre-existing configuration on my computer was causing problems. I typed in the address, waited… and it timed out. After trying all sorts of other combinations (10.0.0.1, 192.168.1.1, 192.168.1.100, 192.168.0.100, etc…) I finally figured out today (2 days of web searching later) that you can only access the web configuration GUI if you unplug the coaxial cable from the Arris modem first. If you have the coaxial cable plugged in and you try to access 192.168.0.1, it’ll just time out. The fact that this isn’t mentioned in the manual is a major oversight which caused me a huge pain in the neck. All I wanted to do was access the port forwarding settings page, which should be the simplest thing in the world but because I lacked this simple bit of information I had to go on a wild goose chase of searching through forums and support pages, none of which actually mentioned this. Hopefully posting this information will save somebody a bit of time configuring his or her Arris cable modem/router in the future. I just wish I knew whether it’s Arris that made this feature or if it was an adjustment that TWC does to the units they send to customers. I know that Comcast uses this same modem for some of their customers, so I’d be interested in learning if they also suffer from this “feature”.

P.S. The connection tests about 35Mbps/5Mbps to test sites in the NY/NJ area.