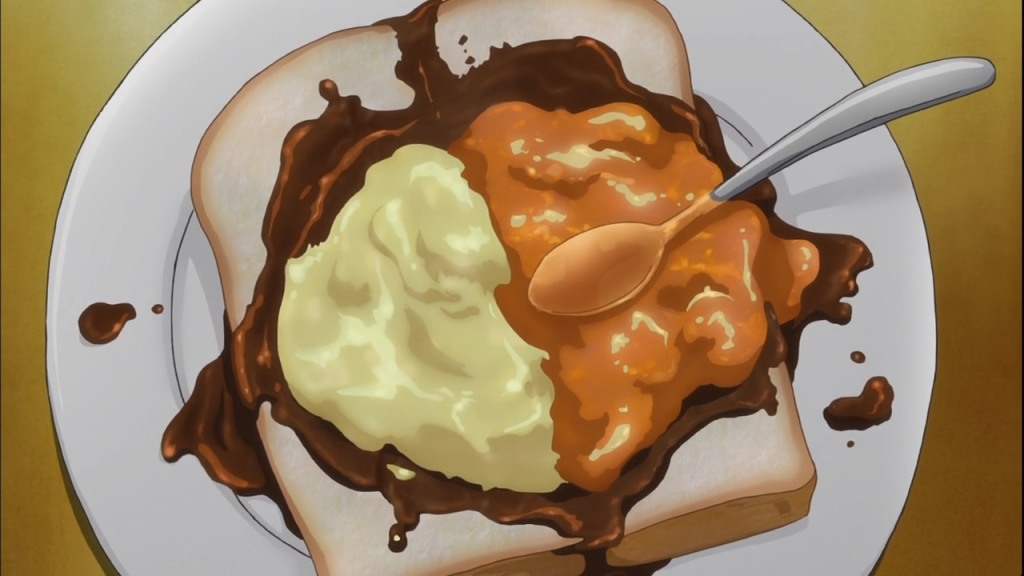 Apparently Himari and I have one thing in common: we’re both allergic to milk. She’s so cute. 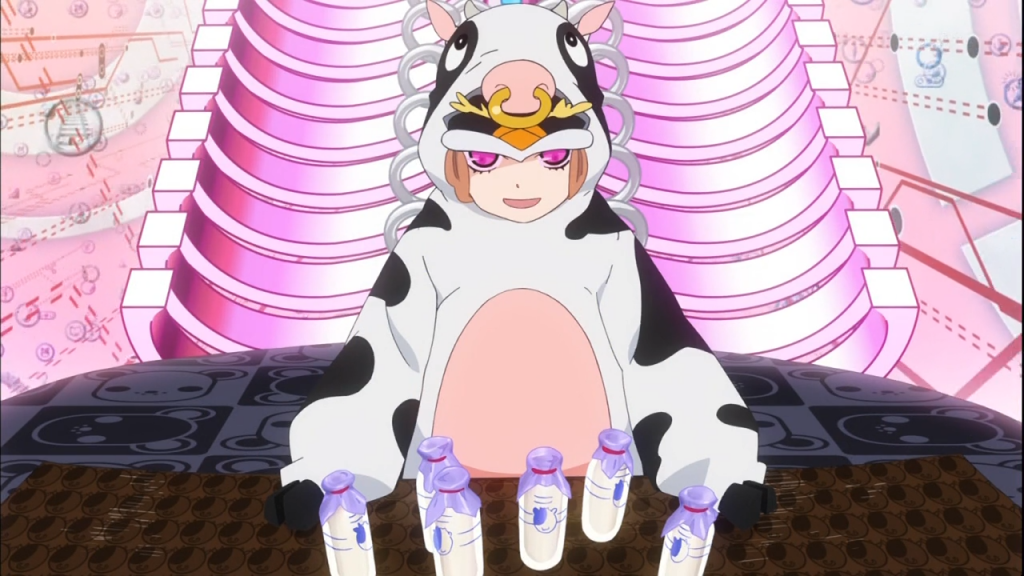 This outfit had the unfortunate side effect of reminding me of a cow-girl character in Toppara: Zashikiwarashi no Hanashi, by which I mean the bovine variety, not the Western cattle herder variety.

I like the part where the brothers break into Ringo’s room for good and noble reasons. 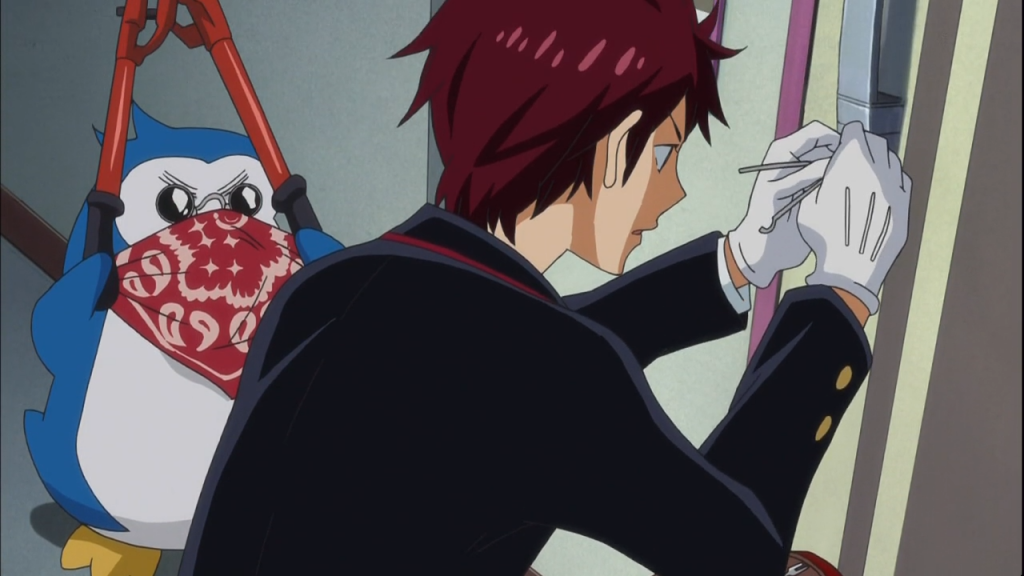 Ringo is still pretty scary though. 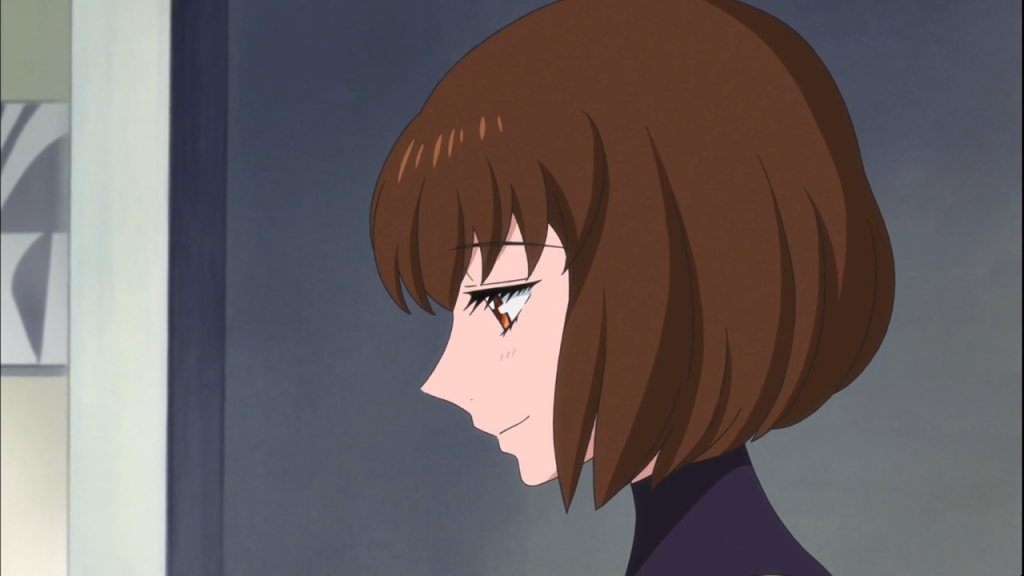 I like Ringo’s little fantasy scene at Tabuki’s doorstep. 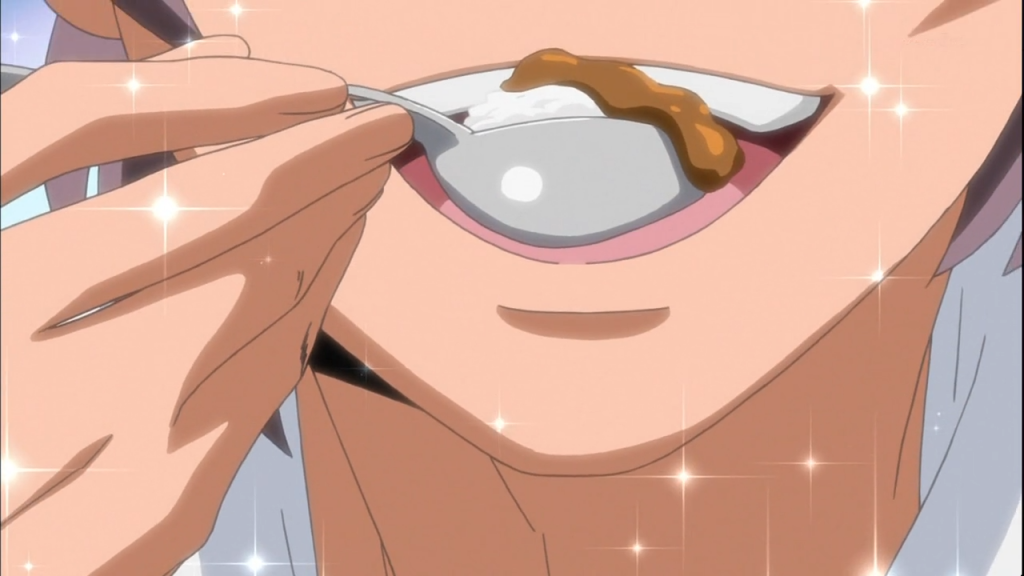 Unfortunately she runs into his real girlfriend and the connection between her curry and her fate is made clear as her curry comes into direct conflict with the non-fatal curry Tabuki’s girlfriend made in an unmistakable attempt to ruin Ringo’s life and destroy her very much not imagined relationship with Tabuki. 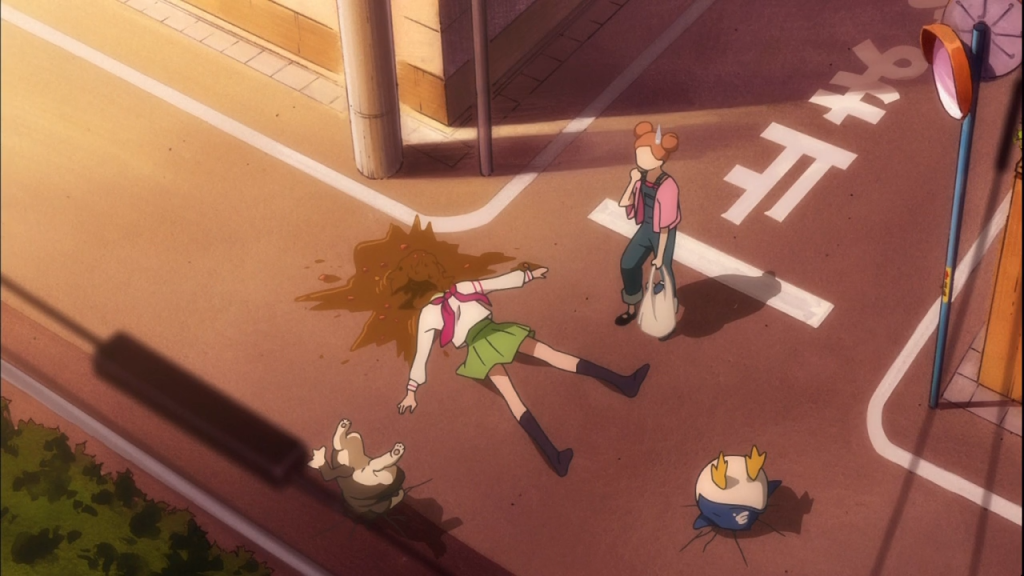 This episode made me very hungry. I just bought Fantasia on Blu Ray and watched some of it a few hours before watching this episode of Mawaru Penguin Drum. Perhaps for that reason I was specifically impressed by the mushrooom things in the house, which reminded me of the dancing amanitas in the movie, pictures of which I’m not brave enough to post and risk angering Disney. 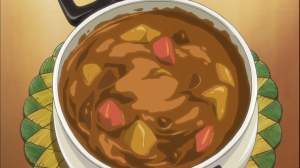 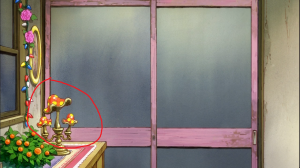 There are lots of neat decorations like that in the show. That’s one of the reasons I like it so much. The environments aren’t bare and sterile like so many other programs in which the homes of the characters don’t look as though anybody really lives there.