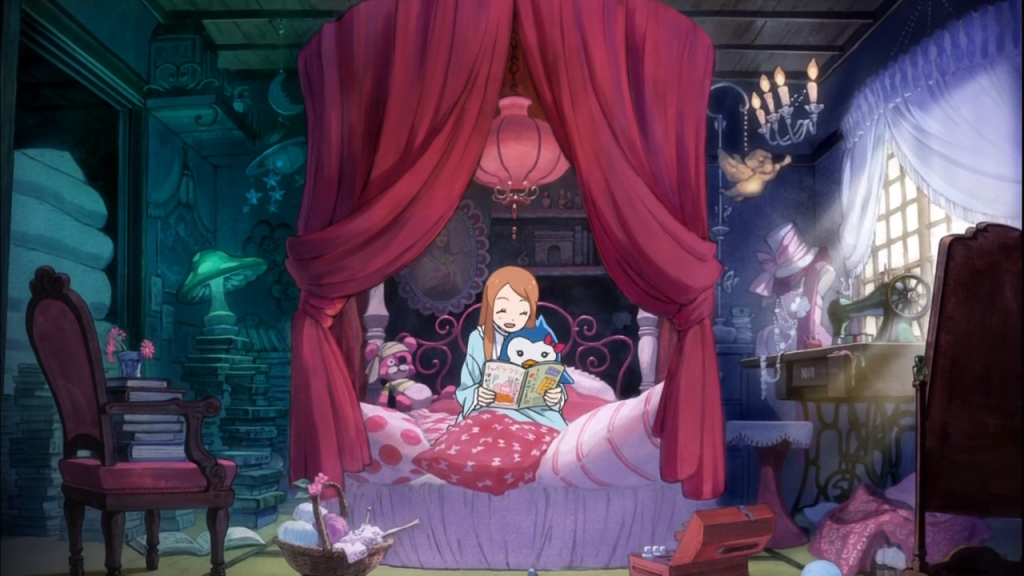 I’m glad that I’m still enjoying this show. Sometimes I’ll look forward to a show too much and it ends up being really devastating when it doesn’t live up to my high expectations that I groundlessly built up. Some shows have a spectacular first episode that grabs my attention immediately but then promptly loses my interest on the second episode. I’m also happy that this a 24-episode series, which I didn’t realise last week. The pantsu and oppai bits are a bit distracting though and frankly, something of a surprise. They’re not showbreaking though; just a bit out of character, perhaps. 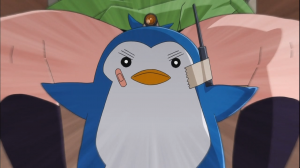 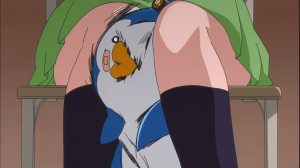 The penguins sure do suffer a lot of abuse in this show. They should form a union or something; they’re working far too hard and in such dangerous conditions that they should be entitled to better compensation for their efforts. In this episode the theme is spying. The space penguin hat tells the brothers to get the Penguin Drum from this Ringo character, so all sorts of zany mishaps occur as they pursue her in secret. The penguins get lots of screentime in this episode to showcase their blunders, which I certainly enjoyed. There’s a funny scene in which Shouma is mistaken for a chikan and has to be saved by Kanba and his radiance. 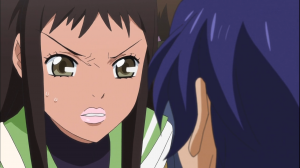 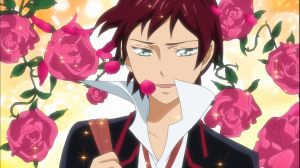 Meanwhile, the penguins engage in various cute antics, including extensive elastic deformation and being put to work as Silly Putty. 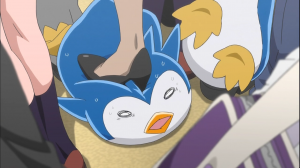 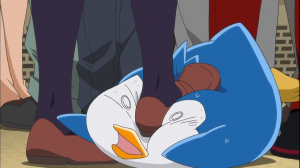 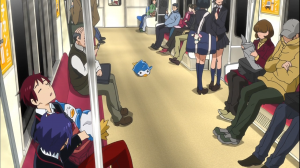 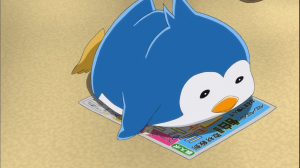 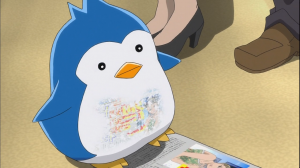 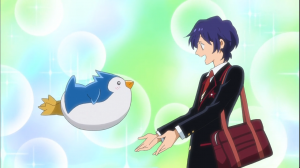 But with all the silliness aside, it’s nice how the story had such an explicitly unifying theme to it; in order to get the Penguin Drum, the brothers are basically stalking Ringo, going so far as following her into an underwear shop. She in, turn, is stalking Tabuki. This is pointed out explicitly to the viewer through dialogue, but it’s still a satisfying revelation at the end of the episode. Kind of like an episode of Curb Your Enthusiasm in which all the little hints dropped throughout the episode come together to cause some extravagant culmination for Larry David where everything that has been building up comes crashing down from above all at once in the form of some crushing misfortune or injustice. It’s not quite as fulfilling as all that, since, unlike a sitcom, this show does have to have plot continuity, after all, so it’s not as though the whole deal can be resolved in a single episode, but the circularity of this episode did have a similar effect on me, nonetheless. 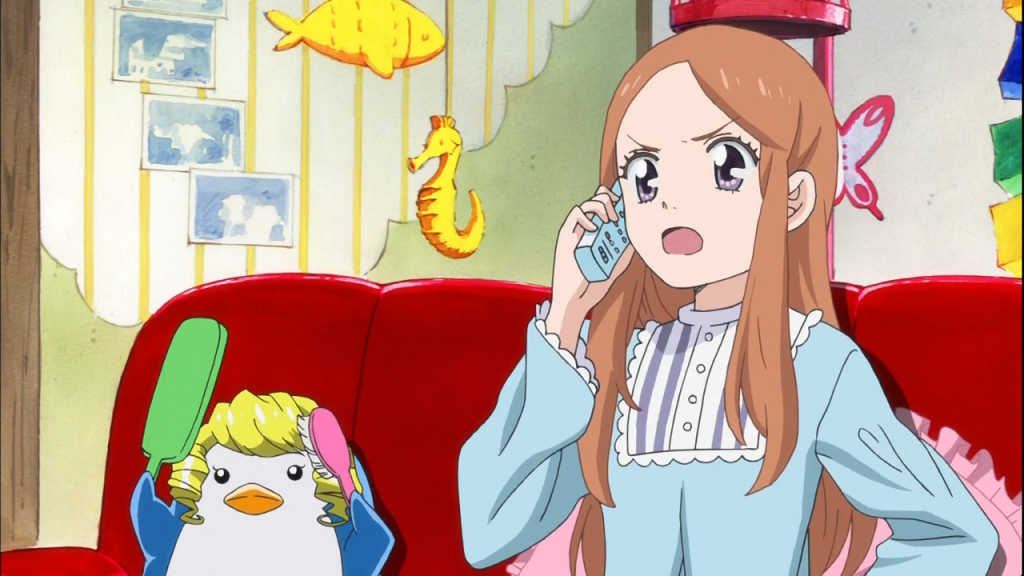 Hello? Operator? Get me the President of Television. I have a winning combination!

I liked seeing the penguins put to work. Penguin # 3 got to hang around the apartment though and generally be lazy. That wasn’t fair. 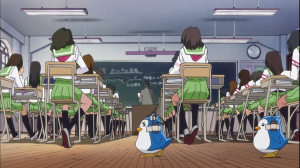 That Ringo girl sure is creepy though. I mean, a few loose screws or not, who in the world steps out on the ledge of a tall building just to photograph of a bird nest? Who hides in the space beneath a home to listen in on her unwitting crush? 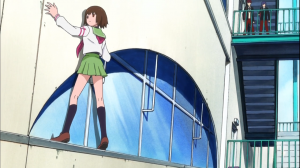 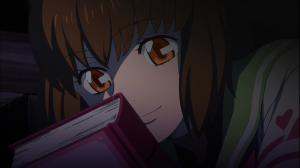 I like more or less everything about this show and I’m fairly certain that, unless I get really, really distracted, I won’t drop it. I might stall eventually, as nearly always ends up happening to me, but I’ll probably watch the entire series with minimal delay between airtime and actually watching the episode. The only thing that bothered me about this episode is that it wasn’t until now that I realised that the penguins, though much cuter and obviously more likeable, nonetheless remind me of Beelzebub from Yondemasu yo, Azazel-san. You know, he’s that annoying fly that actually eats shit. 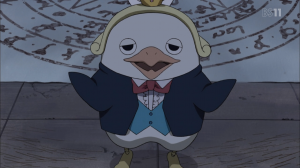 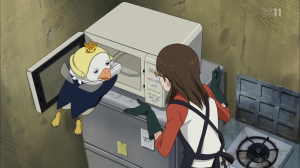 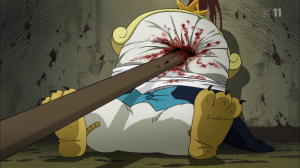