Suzy’s Zoo is a show with a duck protagonist the whole family can enjoy. 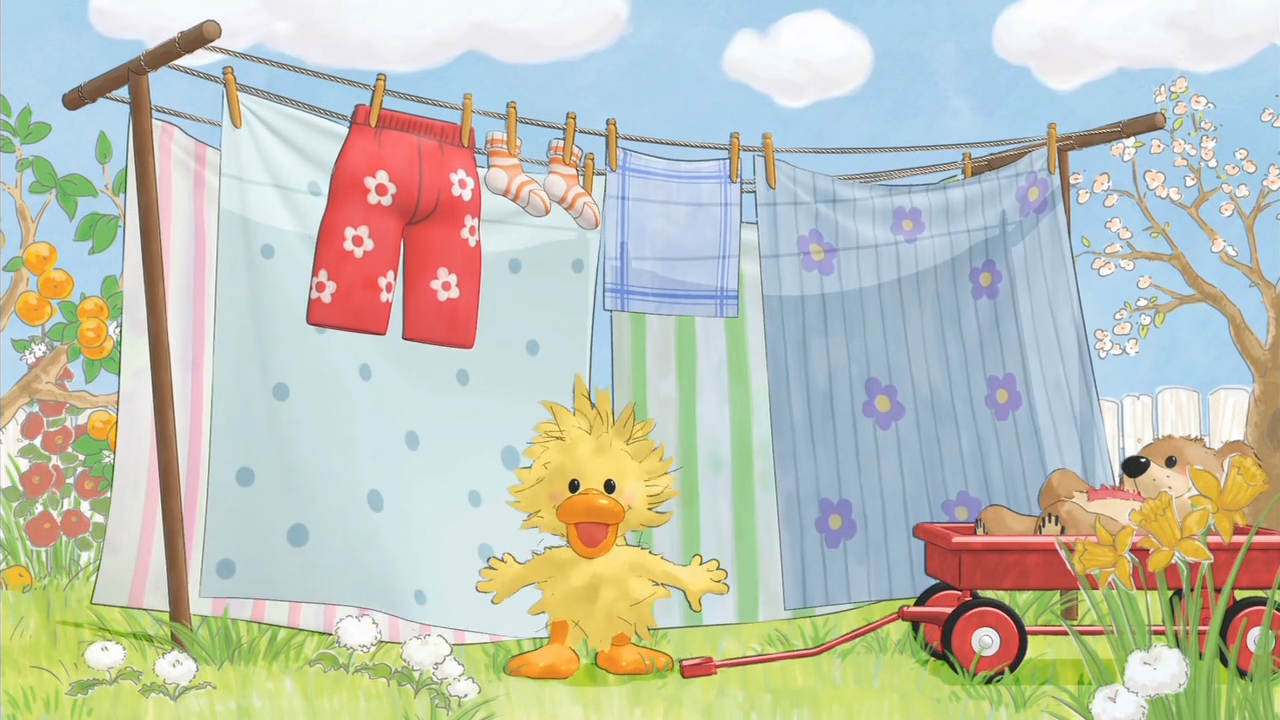 Suzy’s Zoo is apparently the name of a popular series of greeting cards featuring a recurring cast of adorable animal characters. I’d never heard of it, but it seems it was popular enough internationally that there’s a Suzy’s Zoo anime adaptation on TBS.

I think it’s a shame that I’m not six years old, since this is the type of show I would have enjoyed. I loved shows about friendship and getting along and teamwork and listening to adults while still maintaining the sense of adventure and childlike innocence that makes every new discovery a profoundly magical experience. Some of the shows I watched repeatedly and never tired of wereThomas the Tank Engine, the 1966-74 Disney film adaptations of Winnie the Pooh, and the 1991 adaptation of The Little Engine that Could. Though I say I might enjoy the show more if I were six years old, that’s not to say that I don’t enjoy it nonetheless, but I won’t pretend like I don’t realise I’m not the target audience. For that matter, I’m not the target audience for any of the shoujo or josei anime I watch either, like Utena, Cardcaptor Sakura, Higashi no Eden, and Kuragehime. I suppose perhaps I should just take that with this, as it were, and admit once and for all that I’m a wimp, eh?

Regardless, it’s great that Retouched are subbing this show. It’s a shame though that I think, even if I were six years old, and therefore — at least theorietically — about the right age to maximally enjoy this show, I’d still probably be illiterate and unable to read the subtitles.

I like the duck though. Ducks are nice, friendly animals. One of my favourite books of all time is Make Way for Ducklings. Incidentally, that book also introduced the concept of “the police” to me in a positive context and now I love the police. The police are great.

This duck encourages development of good qualities in the viewer. He “teaches them while they learn”! 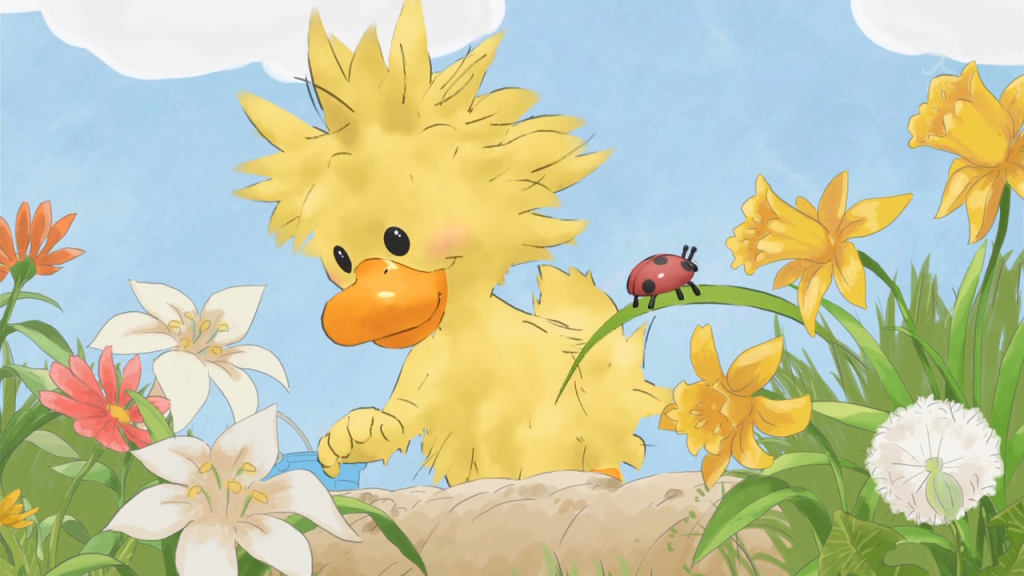 An industrious duck, this one is. Here he is hard at work gardening. 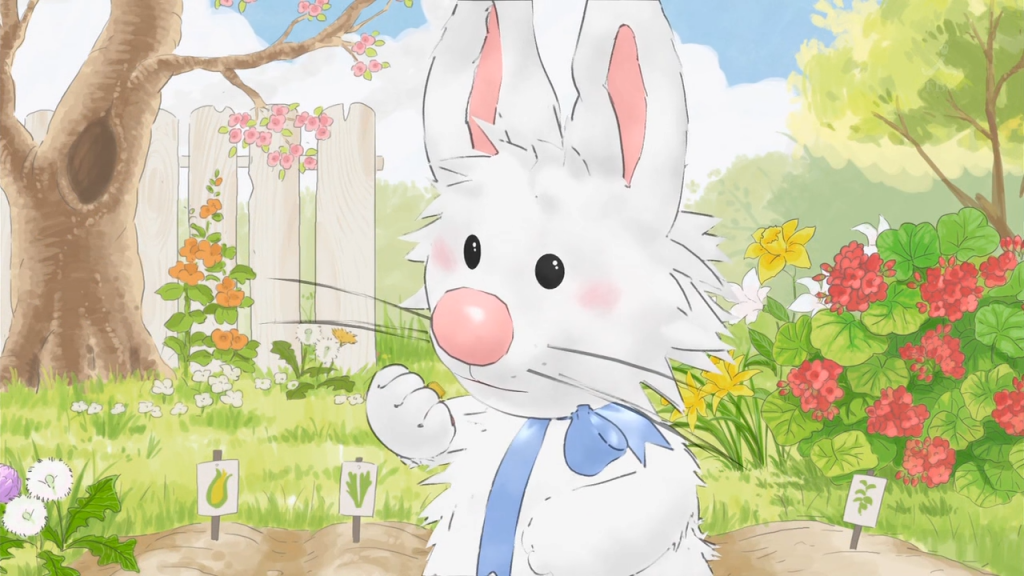 His quizzical friend the bunny rabbit.

That bunny is a lot more likeable than this arrogant pretty boy, that’s for sure: 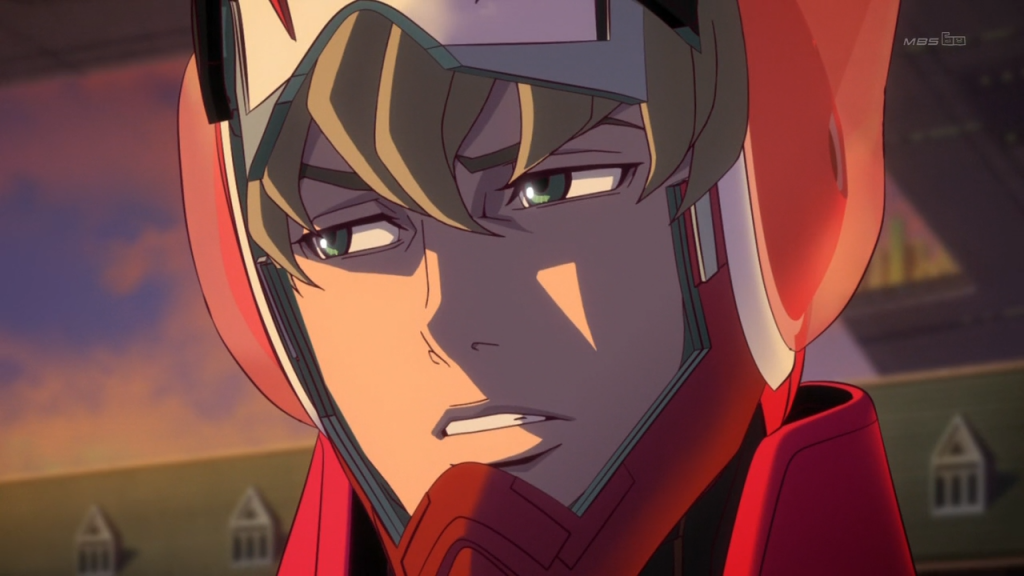 What I couldn’t help noticing though was that the duck seems to have the exact same ball that Andy has in his room in Toy Story. 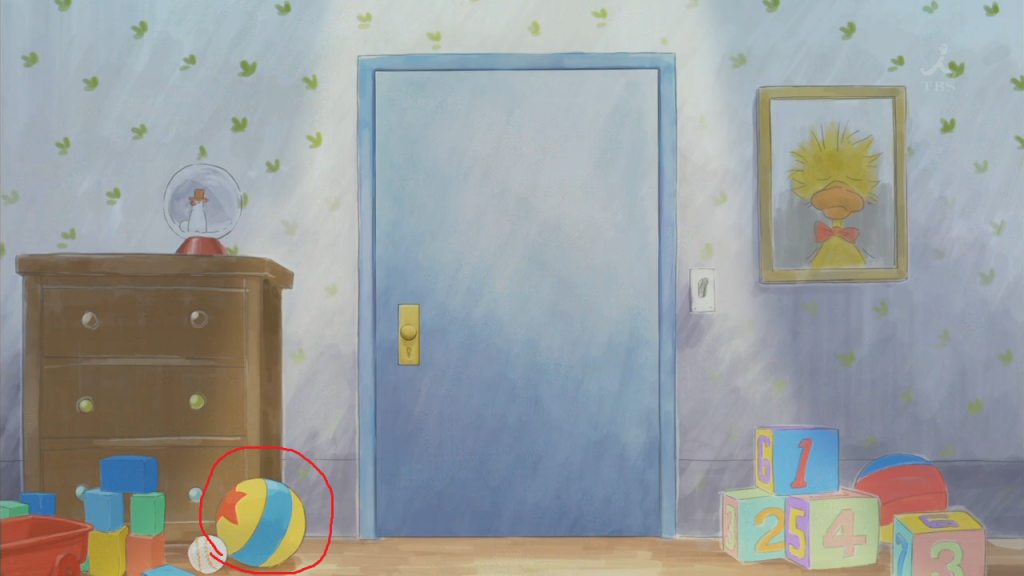 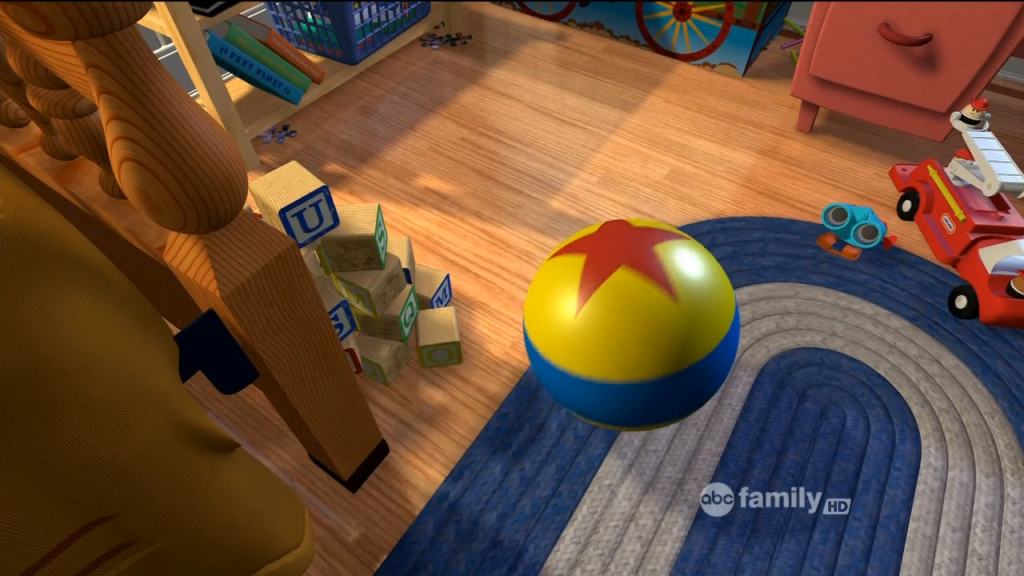 I doubt that was intentional. Perhaps all rubber balls just look the same? Bah, all I ever had was a medicineball so I wouldn’t know.